Japanese Gardens at the Gorge

Posted on December 12, 2017 by Kim and Vicky
Posted in Japanese Gardens at the Gorge

Have you visited the beautiful Japanese Gardens in the Gorge Area of Victoria?

“In 1907, Japanese garden designer Isaburo Kishida, then in his 60s, was asked by his son, Yoshitaro, to take the long and difficult sea journey to Victoria B.C. and join him in setting up a Japanese tea garden in Victoria's Esquimalt Gorge Park. It was the first Japanese gardens in British Columbia and it soon started a trend of them amongst Edwardian high society.

With the highly successful opening of the tea garden, which drew a record breaking attendance of 5000 people in three days, many people desired a private Japanese garden of their own, and it was soon after the opening that three very influential families of the time commissioned Kishida to design gardens on their estate grounds. Of the three, two remain intact today, one being the Butchant Garden, the other the Japanese garden at Hatley Park, which was commissioned by coal baron and politician James Dunsmuir and his wife Laura in approximately 1909 and believed to have been completed the following year.”
*Taken from: http://www.recreatingeden.com/index.php?pid=8&season=05&episode=55

In the 1920′s and 30′s, Victoria’s Gorge Waterway was the place to be in the summer. Along with swimming and boating, one of the most popular attractions was the Japanese Tea Gardens.

The Garden was operated until 1941, when the Takada family who ran it, were sent to a Japanese internment camp in the Kootenays – never to return.

The Gardens and Tea House were destroyed by vandals.

The Township of Esquimalt and Volunteers have done Yeoman’s work in restoring the site.…and Mr. Takada still gardens in Toronto!

When they were forced to leave Victoria, The Takata family gave many plants to their Gorge neighbours including 2 Japanese maple now over 100 years old that were transplanted here in 2008 as a gift from one of those neighbours on the Gorge.

This garden was designed to recreate the unique components of traditional Japanese “stroll gardens” with the focus on understatement and simplicity.

Visit These beautiful Japanese Gardens via the Gorge Kinsmen Park off of Tillicum Road.

This educational blog piece is brought to you by your

"We sell "Gorge"ous homes in your area! 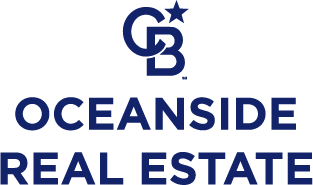